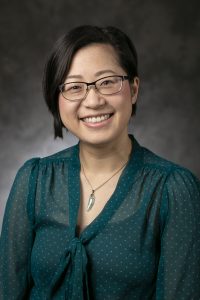 Many patients undergoing vitreoretinal surgery are of older age with systemic comorbidities, including the use of antiplatelet/anticoagulant agents. The decision to pause such therapies is a dilemma, as discontinuing these medications heightens the risk of thromboembolic events, however, severe bleeding complications during surgery can threaten vision. Some studies have suggested that increased bleeding risk exists with use of these agents, while others have not, with most studies being of retrospective design with differing end points. The authors wished to evaluate the risk factors for severe bleeding in vitreoretinal surgery and to evaluate whether antiplatelet and anticoagulant agents play a role in episodes of severe bleeding.

This was a single-center prospective study that enrolled 374 eyes undergoing vitreoretinal procedures of pars plana vitrectomy and scleral buckling with three different surgeons in Germany. Procedures were diverse, and included surgery for macular hole, macular pucker, retinal detachment, diabetic disease, vitreous opacities, subretinal hemorrhage, subluxation of intraocular lens, and silicone oil removal. A classification was created to grade bleeding severity on a scale from 0-5, with a grade of 3 or higher constituting severe bleeding. Bleeding severity of 3 was defined as the necessary use of endodiathermy to stop bleeding during vitrectomy in a situation that did not respond to an increase in irrigation pressure, or extensive subretinal bleeding occurring without posterior pole involvement during scleral buckling. Bleeding was assessed immediately after surgery and 1 day later. The number of severe bleeding events was counted and relationship to risk factors such as systemic disorders, type of anesthesia, type of surgical procedure, intraoperative blood pressure, and use or change of antiplatelet or anticoagulant agents was assessed/analyzed.

Of 374 eyes (mean age 67.6±12.9 years) enrolled in this study, 51 bleeding events (13.6%) were noted. Of these, severe intraoperative bleeding events were observed in 15 eyes (4%). Of these events, one was a retrobulbar hemorrhage, 13 were retinal hemorrhages, and another severe delayed bleeding. No choroidal hemorrhage was recorded. Risk factors found to be significantly associated with bleeding events included diabetes mellitus, carotid artery stenosis, presence of diabetic retinopathy, and younger age. The surgical procedure of scleral buckling with transscleral puncture was associated with higher risk of severe bleeding. Use of antiplatelet or anticoagulant agents, or both, was not found to have significant effect on severe intraoperative bleeding events.

This is a prospective study that evaluates an important question in surgical planning for patients undergoing vitreoretinal procedures. While there are limitations to this observational study, the results suggest that discontinuing antiplatelet and anticoagulant therapy may not be necessary to prevent severe intraoperative bleeding events. However, because of the low number of severe bleeding events recorded, this study is limited in being able to claim statistically whether there is an increased risk for severe bleeding because of antiplatelet or anticoagulant agents. The authors concede that a prospective randomized double-blind study with a larger study population is needed to better answer this question in the future.

GET CME FOR HAVING READ THIS REVIEW! https://evolvemeded.com/course/2135-6?page=1