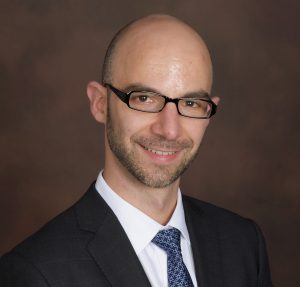 Asteroid hyalosis (AH) is a common and benign degeneration consisting of calcium- and lipid-rich opacities, termed asteroid bodies (ABs), accumulating in the vitreous gel. Until recently, AH has been notable mainly for its tendency to obstruct the examiner’s view of the fundus; most eyecare professionals assume AH to be asymptomatic. However, in the present study, Marlow et al. demonstrate that in a minority of patients AH can progress to a flagrant variant of symptomatic vitreous floaters, where not only visual function, but also visual acuity, can be affected.

In a retrospective case series from a large, tertiary-care, retina-only practice, the authors describe 6 patients who suffered acute vision loss attributed to AH and requiring pars plana vitrectomy (PPV), which was 23- or 25-gauge in all cases. All the 4 men and 2 women (median age 74 years, range 57-83) were affected in only one eye, which was pseudophakic in all but one case. In all 6 patients the vision loss coincided with a new partial or complete posterior vitreous detachment (PVD). The mean preoperative VA was 20/150, and it ranged from 20/25-20/2500, with the 20/2500 patient having 20/200 baseline vision due to dominant optic atrophy.

The mean postoperative VA was 20/35 (range 20/20-20/200) at a mean final follow-up interval of 13.5 months (minimum 2 months) postoperatively; most of the VA improvement took place by one month after PPV. Although there were no surgical complications, 4 of the 6 patients were found to have vitreoschisis intraoperatively, in keeping with prior literature suggesting that AH patients have delayed PVD onset and abnormally strong vitreoretinal adhesion.

As the onset of vision loss in this series seemed to occur in association with PVD progression, the authors echoed the hypothesis that vision loss in AH occurs because PVD shifts the distribution of the ABs anteriorly in the vitreous cavity, closer to the nodal point of the eye, since ABs do not develop in liquid vitreous or posterior to the posterior hyaloid membrane. Particularly impressive in the paper were the three individually described cases, in which the authors reported an AH-related VA decline from 20/30 to 20/200 in one case and an improvement from 20/200 to 20/20 postoperatively in another case.

Although this case series is very small, it is an important contribution to the vitreoretinal literature because it clearly demonstrates that AH, which is often assumed to be asymptomatic, can be responsible for a marked decrease in VA that is reversible with PPV. Because AH is so common, yet rarely causes vision loss, vision loss due to AH should be a diagnosis of exclusion, especially if there is no evidence of at least partial PVD. A final take-home point from this paper is that AH patients may be more likely to have abnormally strong vitreoretinal attachment, so during PPV surgeons should consider making an extra effort to visualize residual posterior vitreous, such as by coating the hyaloid with triamcinolone, and more carefully searching for iatrogenic peripheral retinal breaks at the end of the case.