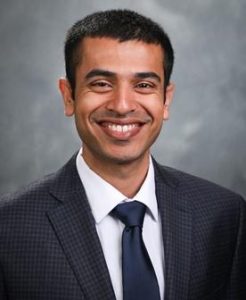 Treatment options for wet AMD include off-label use of bevacizumab or use of an FDA-approved agent, ranibizumab, aflibercept, brolucizumab or the port delivery system. Brolucizumab (Beovu, Novartis International AG), a humanized monoclonal single-chain antibody fragment that binds and inhibits vascular endothelial growth factor A (VEGF-A) was initially approved in 2019 for the treatment of neovascular age related macular degeneration following two phase 3 clinical trials, HAWK and HARRIER. These clinical trials found a 4% rate of intraocular inflammation following intravitreal brolucizumab compared to 1% for aflibercept.

Real-world data on incidence of intraocular inflammation and retinal vasculitis is more limited. In this study, the authors examined a large cohort of eyes receiving brolucizumab using data from the Intelligent Research in Sight (IRIS) Registry and Komodo Healthcare Map. These large patient databases were used to identify eyes that were treated with at least one intravitreal brolucizumab injection (index date). Data was available for up to 3 years prior to the index date and up to 6 months following the index date. Eyes were assessed for adverse events using ICD 10 codes for intraocular inflammation (IOI), retinal vascular occlusion and retinal vasculitis. Measures were taken to ensure the ICD 10 diagnoses identified after brolucizumab injection were a new event and not just carry-over diagnoses.

The authors acknowledge certain limitations inherent to a retrospective study of this design including in inability to access patient records to confirm coded adverse events and expand on the severity of such events. Additionally, with a median follow-up of only 3 months with ~80% in the IRIS database and ~70% in Komodo having only received 2 or fewer injections, the true prevalence of IOI may be higher. Nevertheless, for those interested in continuing brolucizumab use in their practice, the study provides a framework for risk stratification to help identify patients for whom brolucizumab must be avoided.