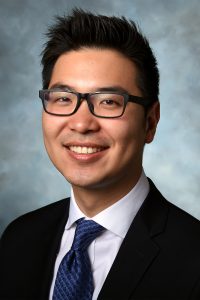 Posterior vitreous detachment (PVD) is the age-related separation of vitreous from the retina and is an important variable that factors into surgical decision making. For example, preoperative PVD status may affect the surgical approach of retinal detachment repair with pneumatic retinopexy, scleral buckle, or vitrectomy. When the PVD status is in question, ultrasound is often used to confirm the presence of PVD. Some studies have shown that optical coherence tomography (OCT) can be used to detect eyes with no PVD by visualizing the premacular bursa and to detect eyes with partial PVD by visualizing the posterior hyaloid face. Because OCT is almost universally obtained as part of preoperative assessment, the accuracy of PVD diagnosis by OCT is an important topic of investigation. In this study, Hwang et al. evaluated the accuracy of preoperative OCT of the macula for determining PVD status in comparison with intraoperative findings during vitrectomy.

In this retrospective chart review, PVD status on operative notes were compared with preoperative OCT scans. Spectral-domain OCT scans of the macula were obtained using eith the Heidelberg Spectralis, Topcon 3DOCT, or Zeiss Cirrus 5000. Two masked investigators independently graded PVD status and any interobserver disagreements were resolved by joint review of the OCT scans. A grading scale was used to categorize PVD stages 0, 1, 2, 3, 4 and abnormal— with “0-3″ and “abnormal” categorized together as absence of PVD. Stage 4 was categorized separately as a complete PVD. The OCT scans utilized a 6-mm OCT scan over the macula and doesn’t include the optic nerve.

One hundred and seventy-five eyes of 175 patients were included. Of these, 137 were categorized as attached vitreous and 38 as complete PVD. Of the 38 eyes graded as complete PVD by OCT, 20 eyes were found to have a complete PVD intraoperatively (true-positive result), and 18 eyes were found to have attached posterior hyaloid at the time of surgery (false-positive result). Of the 137 eyes categorized as attached vitreous by OCT, 129 eyes showed attached vitreous intraoperatively (true-negative result) and 8 eyes showed pre-existing PVD at time of surgery (false-negative result). The sensitivity of OCT for detecting a complete PVD was 71% and specificity was 88%. The positive predictive value was 53% and the negative predictive value was 94%.

Optical coherence tomography is almost universally obtained as part of any preoperative assessment and its ability to evaluate PVD status accurately was studied in this report. Based on this report, OCT had poor sensitivity (71%) in detecting a full PVD but had good specificity (88%) in ruling out a full PVD. Visualization of the posterior hyaloid face on OCT provides helpful guidance when planning for retinal detachment repair and may guide a surgeon towards a scleral buckle instead of vitrectomy or pneumatic retinopexy. However, if neither the premacular bursa nor the posterior vitreous cortex are visualized, OCT has poor predictive value on the presence of a full PVD.