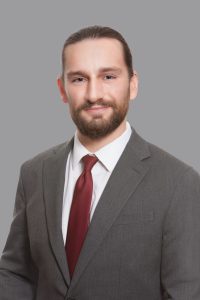 Recently the United States Food and Drug Administration (USFDA) approved the first interchangeable biosimilar for use in ophthalmology, ranibizumab-eqrn (Cimerli, Coherus BioSciences, Inc.). Biosimilars are biologic drugs that are highly similar in their physical, chemical, and biological properties to the previously USFDA approved reference drug. The approval process requirements include analytical studies to demonstrate that the biosimilar produce is highly similar to the reference drug, animal studies to assess toxicity, and a clinical study to demonstrate the safety, purity, and potency of the biosimilar product compared to the reference product. The clinical trial needs only to be for one indication for which the reference product is licensed to obtain USFDA approval for all prior indications of the reference drug. To obtain an “interchangeable” designation there must be no additional risk or reduced efficacy when the patient is switched back and forth between the biosimilar and reference drug. Biosimilars with an interchangeable designation may be substituted without the approval of the physician who prescribed the reference product, very similar to how generic drugs are substituted for brand name drugs.

Anti-drug antibodies were detected in 14 patients (5.9%) in each arm over the study period. The patient that developed iridocyclitis was negative for anti-drug antibodies. Systemic concentrations of ranibizumab-eqrn and reference drug were similar after the first and sixth injections.

The first USFDA approved interchangeable biosimilar anti-VEGF is equivalent in efficacy and safety compared to the reference drug in this clinical trial. There have been some concerns raised within the retina community regarding switching stable, well controlled patients to a different medication. Some insurances have already mandated biosimilar ranibizumab-eqrn use prior to the reference drug use.