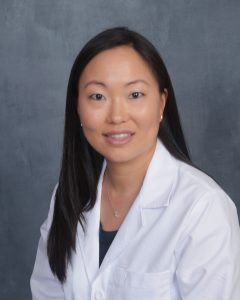 This was a retrospective study of 519 eyes of 509 patients with primary RRD, who underwent PPV with at least 3 months of follow up. At the surgeon’s discretion, surgical methods could include 23- or 25-gauge, use of an encircling scleral buckle, chandelier illumination, triamcinolone, laser or cryopexy, air or sulfur hexafluoride or silicone oil, and combined phacoemulsification if a cataract was present.

The study excluded more complex retinal detachments including those with grade C1 proliferative vitreoretinopathy (PVR) or worse, presence of giant retinal tears, use of perfluorocarbon liquid, and tractional, exudative or traumatic retinal detachments.

The main outcomes were: 1) primary success rate, and 2) factors associated with surgical failure. Failure was defined by the need for additional surgery to manage recurrent retinal detachment, or the presence of silicone oil at the last follow up. Secondary outcomes were visual acuity and post operative complications.

The rate of overall surgical success was 93.8%, although the success rate was 96.4% without drainage retinotomy and 90.1% with drainage retinotomy. Similar rates held up when excluding those 30 cases that received an encircling band as well. Univariate analyses revealed that macula-off status, use of drainage retinotomy, and greater extent of retinal detachment (as defined on a scale of 1-4 quadrants of involvement), were all significantly associated with surgical failure.

In a sub-analysis of 32 surgical failures (or 6.2% of all 519 cases), 44% were due to reopened original breaks, 22% were due to proliferative vitreoretinopathy, 22% were due to new breaks, and 9% were due to a reopened drainage retinotomy. Of note, epiretinal membrane (ERM) formation occurred in 9% (or 49 or 519 eyes), and of these, one third required additional surgery for membrane peeling. Risk factors for post-operative ERM formation were found to include drainage retinotomy and preoperative PVR on multivariate analysis. Other postoperative complications included macular hole formation in 1% of eyes and macular edema in 6% of eyes. Ocular hypertension in 22% of eyes, and of these 116 cases, 23% or 27 eyes required longer term topical glaucoma drops, while 4% or 5 eyes required glaucoma surgery.

The authors note that the surgical success rate of 93.8% is higher than average in the published literature. They attribute this to the exclusion of more severe cases, which they also recognize as a limitation of the study. They cite several other limitations including selection bias, variability in surgeon skill, and relatively short mean follow up.