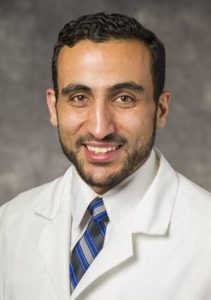 Pathologic myopia (PM) is a major cause of legal blindness worldwide. The most serious lesion associated with severe vision loss in PM is the development of macular atrophy (MA). Prior studies have noted the development of fovea-involving MA soon after pars plana vitrectomy (PPV). The aim of this study was to determine the clinical features of eyes with PM that developed MA after PPV.

This was a retrospective study of 133 eyes of 126 patients with high myopia that had undergone PPV for myopic traction maculopathy (MTM). High myopia was defined as a spherical equivalent of < -8.0 diopters or an axial length ≥ 26.5 mm. All patients underwent 25-gauge PPV and internal limiting membrane (ILM) peeling with the assistance of indocyanine green (ICG). Cataract surgery was performed concurrently in all phakic eyes. Three different ILM peeling procedures were used: complete ILM peeling (CMIP), fovea-sparing ILM peeling (FSIP), and inverted ILM flap. A tamponade of air, sulfur hexafluoride (SF6), octafluoropropane (C3F8), or silicone oil was placed after the peel with prone positioning ranging from 1 day to 2 weeks. Eyes with previous macular buckling, history of choroidal neovascularization (CNV), or those that had had laser photocoagulation near the macula were excluded.

A total of 133 eyes of 126 patients (94 women and 32 men) were included. The mean age was 62.8 years and mean axial length was 30.0 mm. The mean preoperative BCVA was 20/63 and mean follow up was 39.3 months. The preoperative foveal status as determined by optical coherence tomography (OCT) as:

Characteristics of eyes with MA after PPV: 14 of the 133 eyes (10.5%) developed fovea-centered MA and the preoperative status of the MTM was:

MA after PPV typically develops at the center of the fovea and expands around the fovea at a median time of 3.5 months after PPV. The eyes that developed MA had preoperative MHRD more frequently and had worse final BCVA than those without (20/100 versus 20/50). The 3 eyes that developed MA without FTMH had inner lamellar macular hole (ILMH). The prevalence of MA after PPV was higher in eyes that underwent complete ILM peeling compared to FSIP.

The results show that MA develops in 10.5% of HM eyes with MTM after PPV and the presence of MHRD was associated with the highest risk of developing MA. In eyes with MHRD, it is thought that the longstanding subretinal fluid can be harmful to exposed RPE. The high prevalence of MA in eyes with FTMH or MHRD could be a result of ICG toxicity. However, that would not explain the MA that developed in the 3 eyes with ILMH. It is possible ICG may have reached the RPE during surgery in he ILMH eyes by the formation of a small FTMH during ILM peeling as these eyes underwent complete ILM peeling. There are a few limitations to the study, especially given the retrospective nature and the use of ICG. Future studies might include eyes in which less toxic dyes are used in order to better determine rates of macular atrophy in these cases.